Preproduction is defined as ‘the phase which follows the confirmation and acceptation of the assignment which leads to the filming’. The preproduction phase ends with the preproduction meeting (PPM). At that stage of production it is essential that scripts, storyboards etc. correspond with the agreed creative guidelines and that at the end of the PPM all parties agree on the objectives and direction of the production.

As a standard, PPM is the only and the most important meeting during the commercial production process, it usually represents the last opportunity to come to a final agreement on all aspects of the production which previously might have not been agreed yet or for which there are still discussions going on.

All relevant aspects and necessary steps of the production process have to be highlighted during the preproduction, so that the production can successfully go ahead according to the agreed budget and time frame. These steps include for instance booking and confirming crew, booking technical material, allowing for special effects (SFX), booking of location(s), sets, models, casting, key props-decor, etc.

Picture references and/or videos of the selected locations have to be approved by the Communication agency before being proposed to the Advertiser.

In some cases, a ‘pre’-pre-production meeting may be organised to speed up the decision making process.

The final preproduction meeting is a “confirmation-approval” agency meeting. It should not be mistaken for a creative meeting as all creative issues should be solved and agreed by then.

The attendees of the PPM are: representatives of the Advertiser, the Communication agency team dedicated to the particular project and the Production company representative(s). The PPM should not be held later than one week before the first shoot day.

The notes/meeting report of all points discussed and decisions made will be given directly (within 24 hours the latest) to all personnel engaged on the project. Any objections or comments have to be directly discussed with the TV producer.

It may happen that as a result of the PPM, the PIBS needs to be revised and the final offer amended. Any changes in the cost of the production need to be approved by the Advertiser. Any agreed extra costs have to be confirmed by the Communication agency in a written form (as production order form). 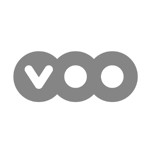 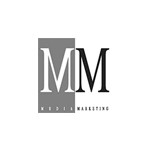